Notice: Trying to get property of non-object in /home/prontocare/public_html/wp-content/themes/medicare/functions.php on line 1148
 ORBITA Trial Changes Everything – Pronto Care 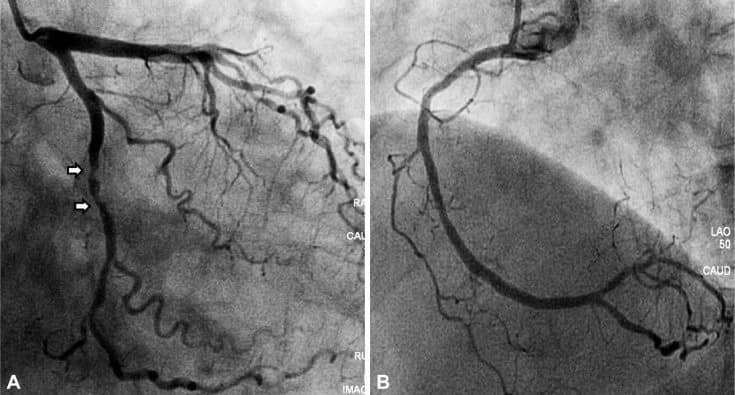 For more than three decades, I have been treating patients with Coronary Artery Disease (CAD), which is affecting millions of people in the United States and around the world. This groundbreaking trial, recently published in Lancet known as the ORBITA trial, was all over the news giving similar outcome between optimal medical therapy and angioplasty stenting (PCI) for people with single vessel CAD.

There has always been a clear distinction between stable chronic coronary artery disease treatment and unstable coronary artery disease. Where patients may experience chest pain at rest (unstable angina), or having episodes of chest pain with increasing frequency and less amount of effort. For example, someone gets one episode of chest pain (angina) upon walking ten city blocks, now they start having symptoms after walking 5 blocks, and then less down to 1 block, where he or she have to stop until it subsides. That could also happen after eating a heavy meal, or even emotional stress. It may take more time to resolve than before.

Usually patients have associated symptoms with breaking out into sweats, feeling dizzy or lightheaded. Some patients report chest pain as chest discomfort, heaviness, sharp pains (or a vice wrapped around their chest)- usually on the left side, but it may be retrosternal, epigastric (which feels like indigestion- usually not relived by common antacids such as Pepcid, Xantac or even stronger medication such as Prilocec, Nexium (known as Proton pump inhibitor or PPI).

Some patients report jaw pain, neck pain, tightness in throat, or feeling of tightness around the neck region with exertion. In women, the presentation is usually different with atypical symptoms different from the symptoms previously mentioned, as they present with shortness of breath (more common in diabetics), and fatigue symptoms, or symptoms of not being able to lay flat at night (due to difficulty breathing) or increasing number of pillows, and having leg edema with increased fluid volume (congestive heart failure symptoms). Usually symptoms of stable coronary artery disease, if not treated appropriately will go on to become presented with symptoms as previously mentioned. These unstable symptoms can result in heart attack which comes in two types: ST elevation or STEMI (artery is 100% occluded, no blood flow to heart muscle) or non STEMI (artery is significantly blocked but there is still some flow to the heart muscle) . The first type needs immediate mechanical intervention ideally within the first 90 minutes to open the artery with a balloon or a stent to reestablish immediate blood flow to the heart muscle. And thus, this prevents permanent damage of the heart muscle, which can lead to congestive heart failure and increased mortality.

While there is no doubt that angioplasty and stents are very effective in treating acute heart attacks it is becoming more prudent to put our energy resources towards making stable coronary heart disease, stay stable for many years by aggressively modifying risk factors including high blood pressure, high cholesterol, high triglycerides, smoking, excessive alcohol intake, lack of physical activity, uncontrolled diabetes, and lack of stress management. And take four classes of medication, the first in antiplatelet therapy such as aspirin, lipid lowering therapy, beta blocker therapy to protect and prevent heart attacks, ACE Inhibitors therapy if not contra-indications and in some cases nitrate therapy.

Cost also is becoming increasingly important in decision making for choices of treatment, you can do a simple calculation as each PCI cost varies from $30,000-$50,000 for more than 1 million implanted annually in the U.S.

ORBITA trials done in the UK, published in the New York Times on November 2, 2017, with its main lead investigator, Dr. Rasha Al-Lamee had presented the data of this very interesting trial. It consisted of patients being randomized to either be selected to get treatment for significant coronary artery disease for either PCI versus a placebo procedure, both resulting in similar outcomes. This important study was registered with clinicalTrials.gov, NO NCT 02062593 because of its potential significant implications on using PCI in the treatment of stable coronary heart disease which happen to confirm previously published COURAGE trials published in 2007 and lead by Dr. Bowden.

PCIs with stents did not prevent heart attacks or death in cases of stable coronary artery disease. This was partially explained by the fact that coronary artery disease progression in other untreated stented segments of the artery which will eventually need additional stents if the risk factors are not aggressively controlled. So the answer is not (full metal jacket) or putting many stents.

On the contrary, the clear benefit of PCI in the setting of acute heart attack especially in the first 12 hours as studies have shown which were all superior to prior treatment of clot buster medication to limit the damage to the heart muscle and prevent subsequent congestive heart failure which lead to increased mortality and poor quality of life.

The bottom line here is costly PCI procedures that have no superior benefit compared with optimal medical management, which should always be tried first in STABLE coronary artery disease as previously outlined, would have a similar outcome in terms of exercise tolerance and will not prevent heart attacks or death and in selective cases that failed optimal medical therapy should be considered for PCI. According to the ORBITA trial results this may prompt revision for both clinical and payment guidelines.