Notice: Trying to get property of non-object in /home/prontocare/public_html/wp-content/themes/medicare/functions.php on line 1148
 Opioid Epidemic Scope and Solution – Pronto Care 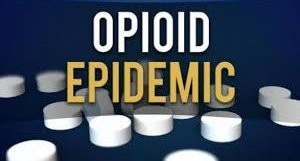 It is a global problem not just a US Epidemic affecting every culture, race, ethnic background and age groups. Sadly, with increasing number of youth with its associated taboo, role of peer pressure, and media can not be over emphasized.

Those who you hang out with and take as friends if not carefully chosen will lead you in the wrong direction. In addition to what you watch, listen to, and the influence of alcohol and other drugs leading to addiction and self destruction.

Adverse consequences will be noted in education, learning abilities, job skills, and being able to sustain a job while providing for a family. The toll will be felt physically, mentally, financially, spiritually, and socially. It is always critical to recognize the change in the behavior and thus early intervention will change the environment and the people that surround you.

Since real friends do care and will not enjoy getting their friends into trouble, but rather pulling them out of trouble and situations such as these, you know then who the real friends are. The real friend is the one that wishes you well and shares your happiness, and will feel ill when they see you sad or in pain.

It has been reported that 91 Americans die everyday due to Opioid epidemic, 50,000 Americans died in 2000 due to an Opioid overdose in 2015!

Opioids are substances that act on receptors in the brain to cause decreased pain perception and increase the feeling of euphoria. It is estimated than 2.5 million Americans are addicted to Opioid. Causing terrible side effects including the ruin of these peoples lives. Children are taken away from their parents, and placed in foster homes while parents suffer from this terrible addiction or even die. The list of these drugs include Oxycontin, Vicodin, Percoset, Demerol, Dilaudid, Norco, Fentanyl, Codeine, and Opana. Death from these prescription Opioids have quadrupled since 1999. In 2007 Purdue Pharma pleaded guilty to misleading doctors regarding the risks of the use of Oxycontin (which is a multi billion dollar industry with more than 250 million prescriptions written every year). Opioid use is for short term pain control (few days prescription)following major Orthopedic or open heart surgery , not for chronic or long term pain control. The reason for this is due to the patients developing tolerance thus causing the Opioid dose to increase and as this increases patients will be getting addicted. A person abusing Opioids may seem drowsy or disoriented and symptoms of overdose include pinpoint pupils, unconsciousness or respiratory depression. Acute treatment would include powerful antidote called Naloxone known as Narcan which reverses respiratory depression that leads to death. Since Opioid don not really address the pain source but rather block the perception of pain by the brain, it is important to explain and educate patients on this matter in order to minimize its use and possibly prevent the use of Opioids.

Methadone and Buprenorphine are classified as Opiod agonist, they bind to Opiod receptors in the brain so when patients take them they don’t feel the withdrawal symptoms of Opioids. Some studies show these drugs reduce the risk of relapse and fatal overdose when combined with counseling.

Vivitrol is another medication which was initially approved to treat alcoholism but later approved for Opiod addiction in 2010.

Safe alternatives to Opiods include Tumeric a spice that helps with strain and inflammation. Ginger is also another natural anti inflammatory that helps with arthritis, muscle aches and headaches. Capsaicin is an active ingredient found in chili peppers which is a remedy used to treat muscle, joint and nerve pains. Valerian root is a natural relief for insomnia, tension, and is able to decrease nerve sensitivity. Acupuncture, deep tissues massage and cupping have been proved to be very effective and safe therapies especially with back pains. Topical non-steroidal anti-inflammatory cream such Voltaren gel or Lidoderm patches are safe and effective.

Comprehensive approach addressing mental, psychological, social, spiritual, physical, pharmacological and environmental factors would lead to high success rate in prevention, management and treatment with zero or minimal relapse rates. This requires a complete culture change to prevent easy access to these drugs because once the cycle starts there is always the chance of addiction which may sometimes lead to overdose and even death which is all preventable. Together, we can confront this huge epidemic all over America which is getting out of control and bring a successful model for the world to follow.