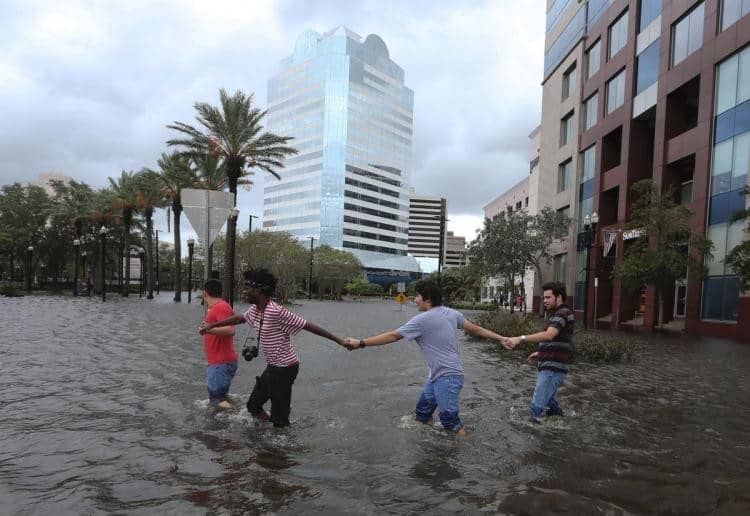 America has been hit hard with two back to back destructive hurricanes of major magnitude with Harvey In Texas and Irma in Florida.

During tough times you see the best and worst in people. Yes, there are many stories of heroism, sacrifice, going above and beyond to help save fellow humans and animals left stranded due to the hurricane.

Hundreds of shelters were set up in schools, churches, mosques, with many people volunteering to help provide food, water, blankets, clothes, shoes, and needed supplies for those affected.

Sadly, on the other side, some people to advantage of the situation to raise prices of essential commodities such as gas,food and water. And in some areas states of lawlessness have taken place.

I guess by now, the issue of global warming should not be ignored anymore after these gigantic hurricanes have occurred. Global warming has caused rising sea levels that have lead to the destructive effect that has literally washed away thousands of homes and even cities away. It is time to work together to find practical solutions to take care of the environment so that we all do not suffer the consequences. There is a close link between global warming and hurricane activity that has been well established.

Then comes another concerning issue about the ongoing vote for approval of badly needed funds for immediate relief and reconstruction or recovery which will take weeks, months or even years for both Texas and Florida. It is the time not to play politics, or postpone votes. It is time to approve new relief funds and approve additional funds without delay at this critical juncture. These are historic times that people will remember for years to come especially the people who helped them at a time they needed it most. The American people do not want to hear our officials saying things like ( “you guys didn’t help us out in Sandy in 2012 to vote for funding, so we will not help you to vote to approve funds for Harvey and Irma”). As of last Saturday, FEMA was running out of funds as claims have been coming in extremely fast via computers and smart phones which in contrast to hurricane Katrina in New Orleans it took longer for FEMA as everything was processed by paper.So the money is running fast and thus needs to be replaced just as fast.

We must stay united during this enormous devastation that will last for a long time. It is the time however, for kindness, support, and uplifting each other as the whole world is watching us.

Other important lessons includes that hurricane insurance is changing, so what you may think is covered may no longer be the case. Those who have been told to evacuate and did not as well as those who did, are now facing the ultimate challenge of starting all over again as they have lost their homes and savings and will have no power or food for quite some time. It is estimated that 5 million subscribers in Florida have no power!

Also noted , most transactions have been( CASH only) , as many people with no power, internet, went to cash instead of credit card or checks for supplies and services, thus many ATM Machines ran out of money as everybody was running to get cash , then banks closed all the way till Thursday to recover and replenish as well!

For us who survived either or both hurricanes, should thank our Creator and feel for those who are in desperate need now in America and those affected beyond . It is time also to feel for so many fellow human beings suffering daily around the world and do not get a fair shot to get coverage on the Media outlets. Thus no body hears about them like in Syria with half a million people already killed and in Burma as Muslim minority is getting tortured around the clock. It is time to show compassion, caring hearts and take care of our planet Earth and do the right thing no matter what.

God bless those who are continuing to volunteer and sacrifice daily and God bless America.